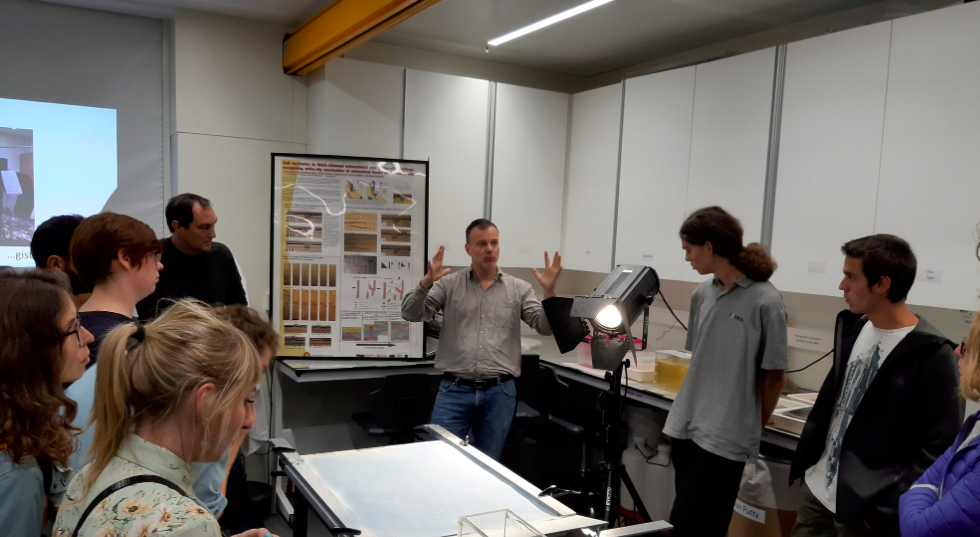 From October, 7th to 10th 2019, the SALTGIANT Short Course « Numerical Modeling in Earth Sciences » was hosted by the University of Utrecht in Utrecht, Netherlands.

This short course was dedicated to the SALTGIANT ESRs but also hosted 4 external ESRs selected for the event.

During the first 3 days, the trainers Paul Meijer, Giovanni Aloisi, Jeroen Smit, Hector Marin Moreno and Hanneke Heida gave an insight into the philosophy, methods, and applications of numerical and analogue modelling in the Earth Sciences. The Short Course ended with the presentations of two former members of the MedSalt project. Walter Capella and Dirk Simon, who both were based in Utrecht during their PhD. They gave to the ESRs a valuable insight into how they felt during that time and how they can make collaboration work.

To have an ESR feedback of the event, read the article of Ronja Ebner in the SaltGiant ESR blog.

Three other Short courses will be organized during the 2 next years of the ETN project. The next one is about Modern and Ancient Oceans and will be held in Salamanca !