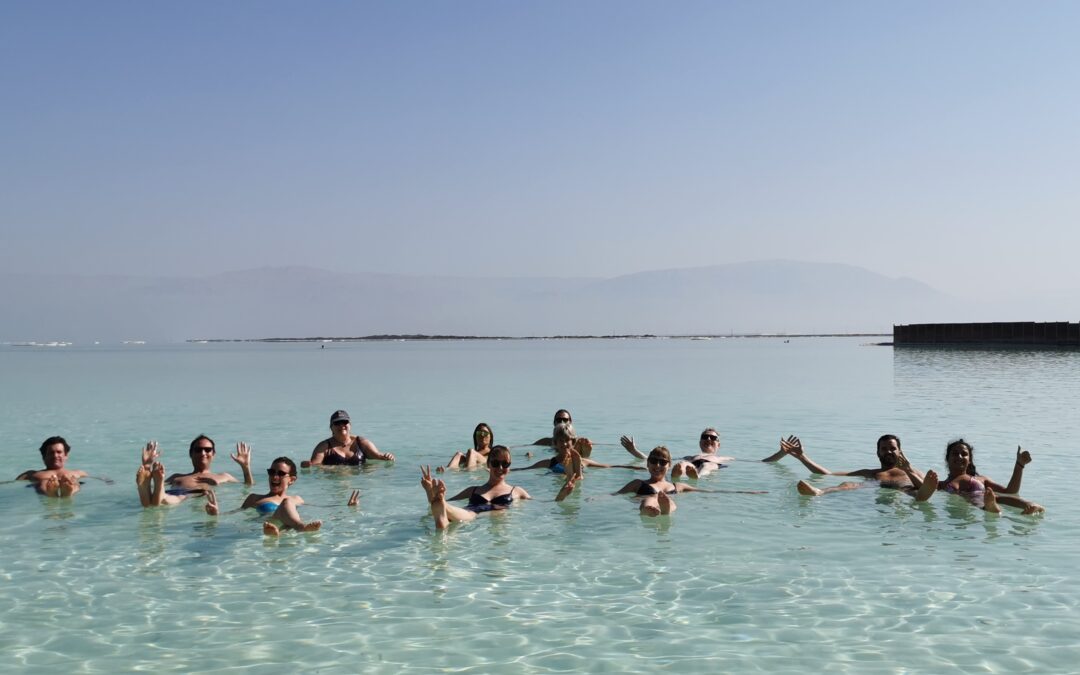 With sporadic waves of Covid pandemics, the Dead Field Course was uncertain to be held and has been postponed several times, it finally happened during a short lull in the end of 2021. A bit less than half of the ESR and some PIs were able to come and explore the Dead Sea! The field course was organized by Saltgiant and the Geological Survey of Israel, so from the 21st to the 25th a group of about 20 people wandered along the Dead Sea coast in order to discuss geological and environment aspects of this fascinating hypersaline basin.

The first day was dedicated to introductions of the region’s geology. It started by a gathering at the Geological survey, with opening lectures of Nadav Lenksy, Zohar Gvirtzman and Giovanni Aloisi, followed by visits at the Dead Sea observatory and subsurface labs. The rest of the day was dedicated to going to a viewpoint in the Mount of Olives, and a view of the Dead Sea from Metzoke Dragot. In the evening, dinner and discussions were planned at the Kalya hotel where all participants stayed for the whole period.

A field trip in Ein Gedi region was organized for the second day. A 3-4 km walk along the shoreline allowed the participants to observe sinkholes and modern halite exposures. During the second part of the day, a cruise on the GSI’s research boat was planned, and the researchers working in the Dead Sea demonstrated how to use a remotely operated vehicle (ROV) in order to do lakefloor exploration. 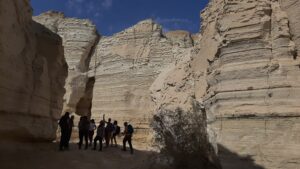 The third day was dedicated to tours in Nahal Og and Enot Tzukim. First, a walk along the incising channel of Nahal Og from the main road in the west to the shoreline through the knick zone was organized in order to see the evolution of the stream incision in response to the level drop under floods regime, the walk ended at the shore to observe northward sediment transport belts created by waves and currents. Then, at Enot Tzukim, the participants walked along shoreline to observe continuous spring discharge and the evolution of stream incision under regime of continuous flow. A short cruise to the meteorological buoy was planned to get an impression on limnological measurements and water-atmosphere fluxes measurements. A visit to the Artificial Dead Sea Ponds was organized in the fourth day to see evaporation ponds where K-Mg minerals are produced and harvested. A short break was made so people could experience a swim in the Dead Sea salty water! The rest of the day was spent in Ze’elim region where participants walked along an incising channel with impressive geological features in late Holocene outcrops. The aim of this tour was to give a better understanding of interactions between interactions between fluvial systems, sinkholes, receding shoreline and salt units.

During the last day, the participants went south in order to do geotourism, at Mount Sedom, with impressive viewpoints, and a last stop was made in the Negev Desert, for a hike at Makhtesh Katan, an erosional crater. 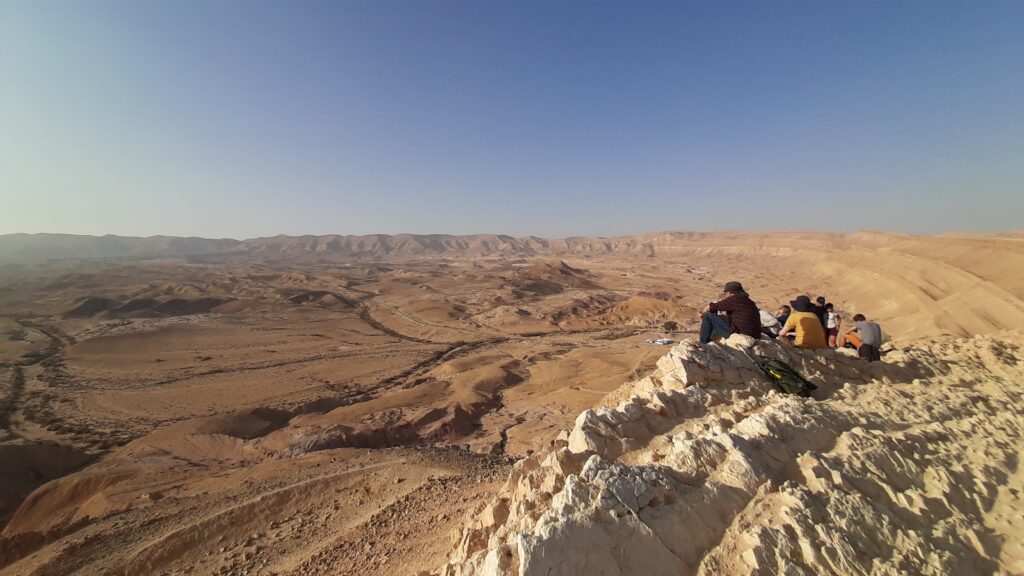