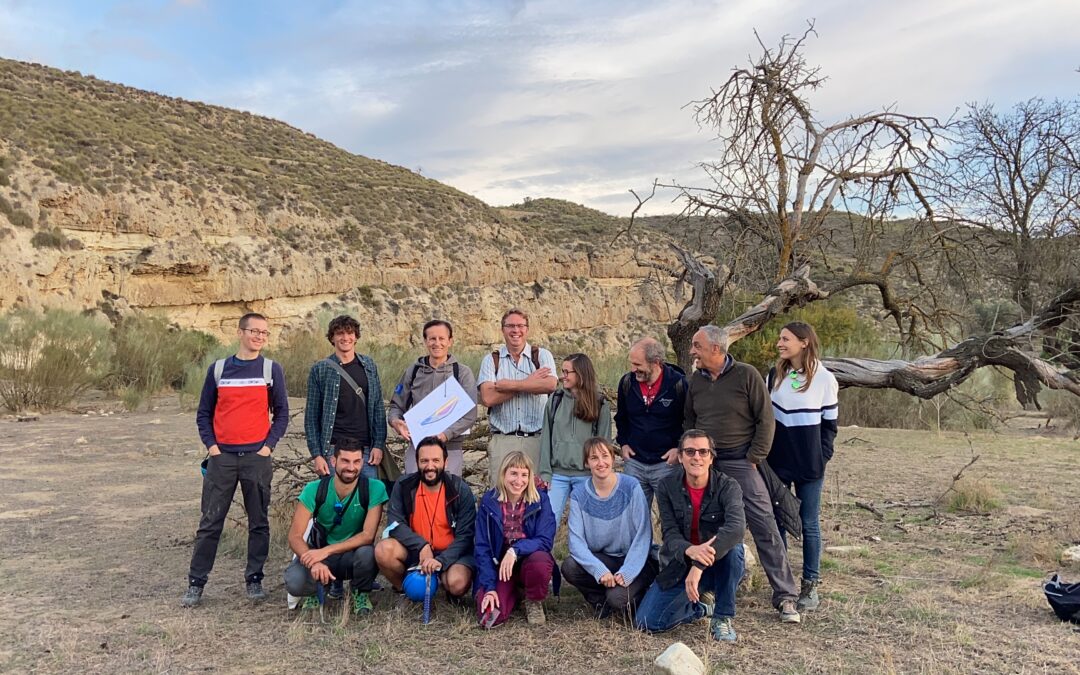 After years of preparation, setbacks and changes to the plan, the last week of October saw a gathering of 26 participants and organizers to possibly the most ambitious SaltGiant trip to date: the drilling training school in Sorbas (Almeria), southeastern Spain. This school was initially planned to take place in December 2019, but with few logistical complications at the beginning and then the pandemic’s arrival it took place 2 years later. 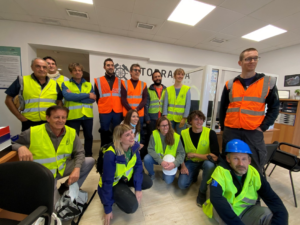 Figure 1. Group photo of the drilling school participants at the Torralba gypsum mine office

Organized by Johanna Lofi (SaltGiant PI), Philippe Pezard and Fadl Raad (SaltGiant ESR) from CNRS Montpellier with support from SaltGiant partner, the University of Granada, and SaltGiant beneficiary the National Institute of Oceanography and Applied Geophysics (OGS Trieste – Italy), the course provided a unique opportunity to see borehole drilling and logging activities combined in the field, and gather new data on the Messinian gypsum deposits found in the Spanish marginal basin of Sorbas. In fact, the Sorbas basin is considered a key basin in the understanding of the formation and evolution of the Mediterranean Messinian Salt Giant, where a magnificent and almost complete Messinian gypsum deposit outcrops all around the basin. 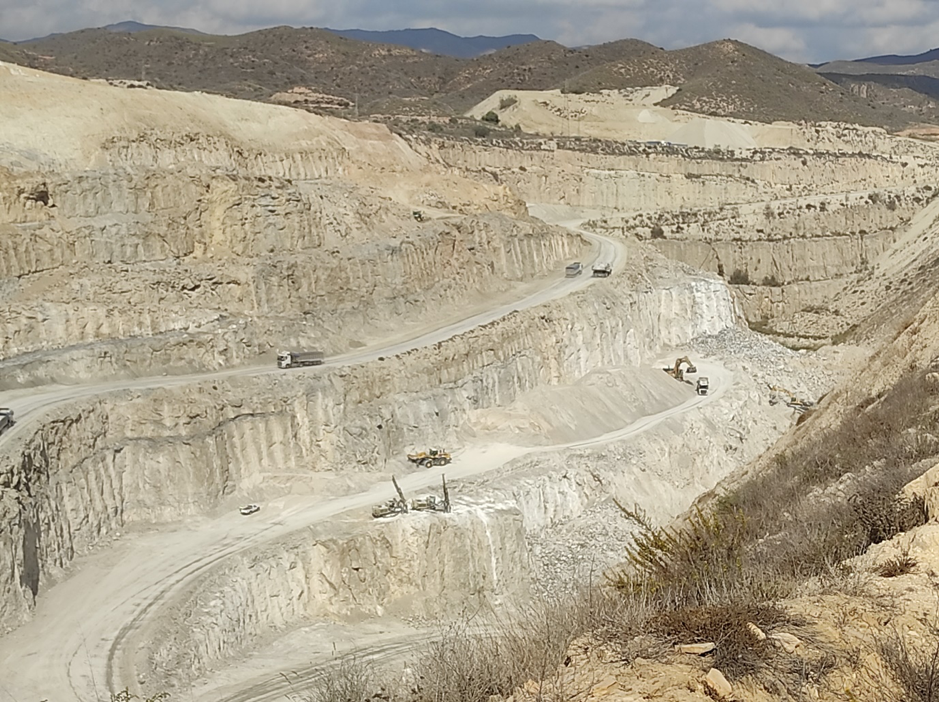 Figure 2. An outside view of the Torralba gypsum mine in Sorbas 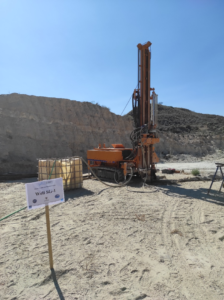 Preparations of the school started weeks in advance with the drilling of four boreholes by the drilling team from Granada University, which combined cover the majority of the Messinian succession within the Torralba gypsum mine, reaching into the lower parts of the Gypsum succession. Combined together, the four boreholes (SG0, SG01, SG2 and SG03) covered a sediment thickness of about 150 meters. These boreholes allowed the participants to get hands-on experience with acquisition of data in the boreholes as well as seeing firsthand how cores are recovered and described in the field. The recovered cores could then be directly compared to the outcrops of gypsum strata found all around the Sorbas basin that were also imaged by a flying drone, illustrating how data on different scales can be linked to yield deeper insights into the region’s complex geology. The field activities were complemented with a visit to the Torralba core storage facility where an incredible wealth of core from the mine is stored, as well as lectures spanning a wide range of topics related to Messinian geology and the technical opportunities and challenges that drilling poses, both onshore and offshore. 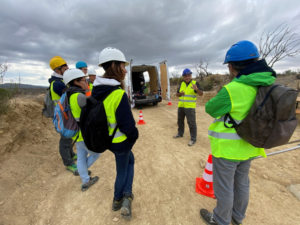 In the field, the Montpellier drilling team consisting of Philippe Pezard and Fadl Raad were able to introduce a wide range of well data acquisition methods, from optical to sonic and gamma ray logging. The acquired data provide a complete overview on the borehole structure and conditions (optic log) as well as the physical characteristics of the Messinian deposits encountered inside the wells. The OGS logging team introduced participants to the intricate process of Vertical Seismic Profiling (VSP), which provides information on the velocity at which acoustic (seismic) waves travel inside the Messinian deposits. 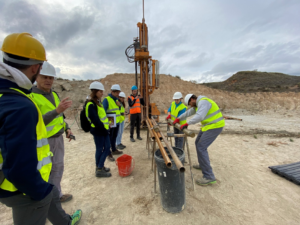 Figure 5. PIs and ESRs having a close look on a freshly recovered gypsum core at borehole site SG03.

All participants were left with an increased appreciation of the many applications and insights that drilling can provide and the challenges of translating the one-dimensional, high-resolution information to the context of the field. The great discussions sparked during the course and over dinner exemplified the great value of bringing together people from different fields to learn about methods outside of their comfort zone, and will surely lead to exciting scientific publications in the future. The data obtained during the field course will be divulged and put available for all the Salt Giant community. 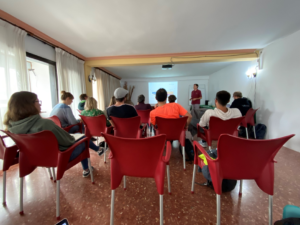