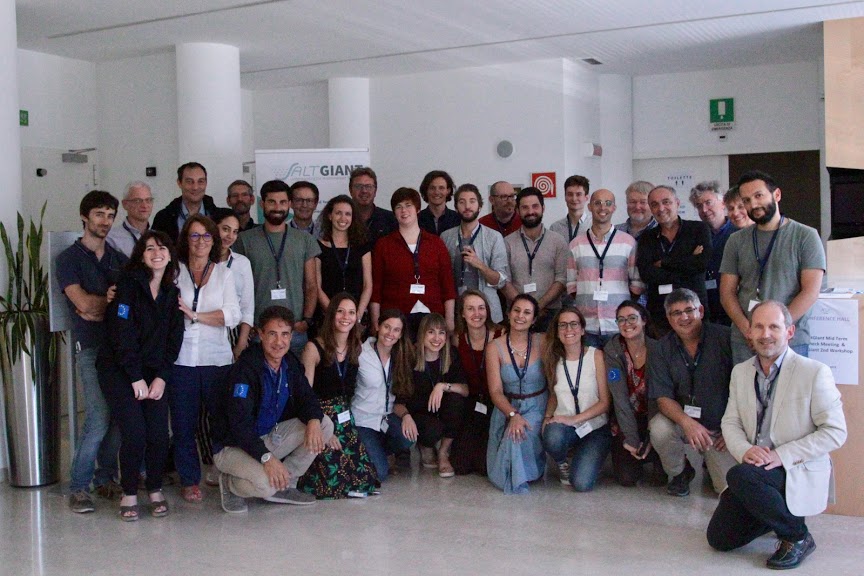 The SaltGiant ETN held is second workshop in Trieste, Italy, between the 17th and the 26th of June 2019.

The meeting was co-organised by Angelo Camerlenghi from the ISTITUTO NAZIONALE DI OCEANOGRAFIA E DI GEOFISICA SPERIMENTALE (OGS), Simon Blondel the local SaltGiant PhD student, and Anna Del Ben from the Department of Mathematics and Earth Sciences at University of Trieste (UniTS). 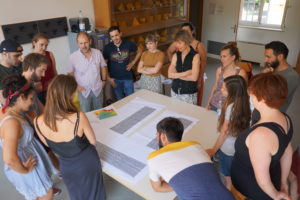 The first three days were dedicated to an introduction to geophysics as part of the interdisciplinary training of the SALTGIANT PHDs fellowship. The lectures were given by researchers from the OGS and UniTS. On the last day the students played a science game where they had to put into practice what they have learned in geophysics in order to analyse and interpret 2D Seismic sections and make an IODP proposal. 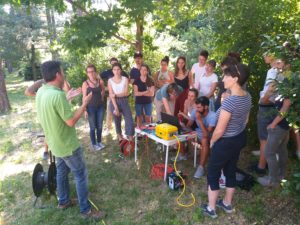 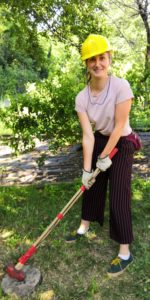 The following two days, the students followed a training on communication through social media and journalism provided by Simona Cerrato from the Scuola Internazionale Superiore di Studi Avanzati (SISSA) and Eleonora Degano, Freelance science journalist and translator. As part of this training, they had the chance to listen to the testimony of Alessandro Amato and Giulio Selvaggi, two Seismologists from the National Institute of Geophysics and Volcanology. They told the story of the L’Aquila Trial that led to the accusation and conviction of seven expert seismologists and engineers for multiple manslaughter and serious injuries, following the Aquila’s Earthquake in 2009. They highlighted how important it can be to find the right words to explain science to decision makers and journalists. 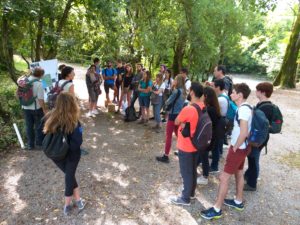 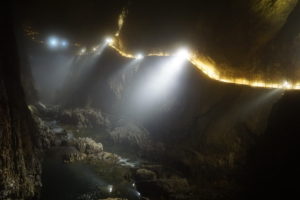 During the weekend, they visited the karst plateau region extending across southwestern Slovenia and northeastern Italy, with guided tours of Grotta Gigante and its horizontal pendulums and the breath-taking Škocjan caves, a UNESCO’s natural and cultural world heritage sites since 1986.

The second week of the workshop brought together 35 Researchers PhD students and industry professionals from 17 institutions in 8 Countries who presented their work and debated on the Messinian Salinity Crisis. A few SALTGIANT’s fellows were given the opportunity to present their first results to the scientific community. Especially for this event, the Elettra sincrotrone Trieste opened its doors for a two hours visit after the first conference day. 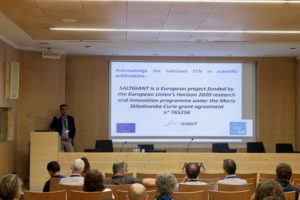 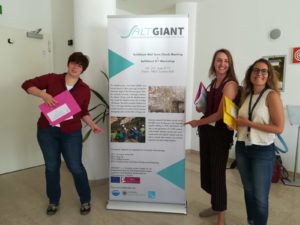 A lot has been done within this second workshop, new ideas and collaborations arise and the team spirit of the ETN SaltGiant fellowship has been reinforced. We would like to thank all the participants who travelled to Trieste to share their ideas with us and contribute to the uncovering of the Messinian Salinity Crisis.